A science telemarketing company do leadership and problem solving

Dear Will and team…

Just a note to thank you for your hospitality last Friday … absolutely top notch in every respect; facilities, instruction, the works!

Will’s analogy (“like spending a day with the cast of One Flew Over the Cuckoo’s Nest”) was a corker. These guys are different; I suppose everyone is … young, smart (off-the-scale smart some of them), naïve, hungry, green, eccentric, sensitive … pick your adjective. I’ve been looking after them and their predecessors for best part of a decade – a tougher gig than many realise; one which requires understanding what drives each individual but at the same time making sure we operate as a cohesive team. I’ve half a head of grey hair and to differing degrees, they’re responsible for that. But I wouldn’t swap it for the world; as Will also pointed out – ‘anything that doesn’t challenge you, isn’t worth it’ (or words to that effect) – in terms of leadership, they’ve been my education and despite the unique challenges presented by each person, I’d lay down in traffic for each one of them.

Whether they realised it or not, the principles underpinning the exercises you set out weren’t just analogous to their work environment, but their day to day lives. For some of them, this is their first job, let alone leadership role; many of them haven’t had a majority of the challenges that life throws at you hurled their way … not yet. They certainly didn’t expect someone with twenty years’ experience as an airborne infantryman pulling them out of their bubbles and presenting them with situations where they have to think on their feet, be accountable (instead of blaming others) and responsible for the fate of those around them. They are going to take so much away from that – again, whether they realised it there and then or not!

Smart people – ‘thinkers’; often overthink and unnecessarily complicate straightforward situations. At the same time, often they sidestep the simple graft that takes you from A-B. Sometimes, they ‘hear but don’t listen’. These are examples of my day to day challenges and I personally felt you tuned into the importance of these principles perfectly. Also decision-making; I have to make X number of decisions on a daily basis that have X number of direct and indirect impacts – I have to be accountable if things go west. As their responsibilities grow and as long as they are growing our company at the rate of knots, these guys will be bearing that kind of weight more and more. You’ve put something in each of their armouries to enable them to bear future responsibilities – that’s an invaluable gift to me.

So I’ll be recommending Adrenalin left, right and centre (starting with my missus’ school). Hopefully we’ll be bringing the team back at some point again as well.

P.S: You’ve made a believer of Ed (Christ knows how you pulled that off, but you did) ;) 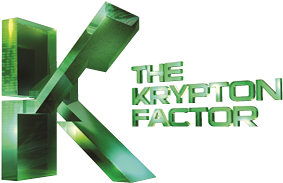